The meeting in Lithuania

The meeting in Lithuania

Living in a global World, the Society of Jesus, continuing its mission, is still looking for the right tools to lead people to God. Requirements of a fast-changing world forces the Jesuits to continually discern its responses and actions. As Jesuits, we need to emphasize and sometimes learn how to increase collaboration among our different Provinces and the laity with whom we work.

Ignatian spirituality is a treasure that the world needs, and we cannot waste it. In this spirit, the meeting of academic and youth pastors from all over Europe was held in Vilnius from November 9th to 11th. More than 30 delegates from almost all the European Provinces have tried to listen to the voice of the Holy Spirit about how the Society of Jesus is called to respond in this pastoral area. After a few sessions, it became clear that the event MAGIS is a clear and inspiring way to take necessary measures for the continuation of efforts already undertaken, and also to bring a new spirit to the pastoral care of young adults in Europe.

Movements that arise around the MAGIS meetings in various Provinces are seen especially among participants who demand of us to create the opportunity to be able to learn to live MAGIS. The result of the meeting is to create a coordination group for all activities associated with both the formation of MAGIS and various meetings during the summer. Such measures can also contribute to an increase in vocations to the Society of Jesus. To this end, a further meeting of the extended working committee of MAGIS 2016 team was planned. 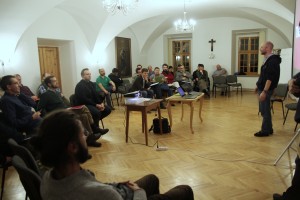 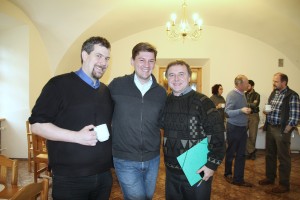